A research project led by Newcastle University will investigate how older people across Europe engage in different forms of civic activity such as volunteering and taking part in political activities.

Newcastle University is leading the UK arm of the three-year project, which aims to identify how older people might become more involved in civic society and suggest how their interests and concerns may be better represented in public decision making.

Professors Thomas Scharf and Lynne Corner, of Newcastle University, will be working alongside partners in Belgium, Finland, Spain and Sweden. Their work is being funded by the Economic and Social Research Council, which is part of UK Research and Innovation.

Thomas Scharf, Professor of Social Gerontology in the Population Health Sciences Institute, Newcastle University, said: “With growing numbers of older people across Europe, it’s important to take a fresh look at the opportunities that exist for people to be involved in civic activities in later life.

“While older people are typically more likely than young people to participate in formal political processes, their interests and concerns can still be underrepresented in political decision making.”

The project, entitled ‘Exclusion from civic engagement of a diverse older population: features, experiences, and policy implications’ (CIVEX), is funded as part of the Joint Programming Initiative ‘More Years, Better Lives’, a collaboration between European and national research programmes.

Professor Corner, Director of VOICE, a network of citizens who contribute their insights and experiences to improve research on ageing, said: “I’m looking forward to supporting the active participation of older adults in the CIVEX project.

“Our research team will be working closely with older people as co-researchers throughout the project, ensuring that research findings benefit from the considerable lived experience of older adults.” 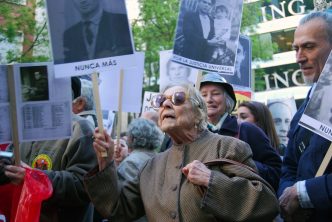 CIVEX Results’ Dissemination Seminar will be held in Barcelona 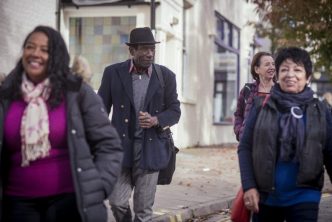 Civic engagement among older people: What is it and how can we promote it? 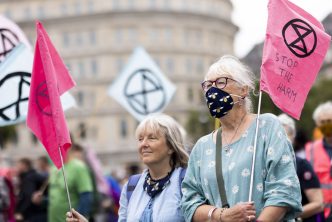 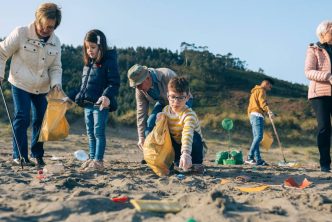 View all posts
We use cookies on our website to give you the most relevant experience by remembering your preferences and repeat visits. By clicking “Accept All”, you consent to the use of ALL the cookies. However, you may visit "Cookie Settings" to provide a controlled consent.
Cookie SettingsAccept All
Manage consent

This website uses cookies to improve your experience while you navigate through the website. Out of these, the cookies that are categorized as necessary are stored on your browser as they are essential for the working of basic functionalities of the website. We also use third-party cookies that help us analyze and understand how you use this website. These cookies will be stored in your browser only with your consent. You also have the option to opt-out of these cookies. But opting out of some of these cookies may affect your browsing experience.
Necessary Always Enabled
Necessary cookies are absolutely essential for the website to function properly. These cookies ensure basic functionalities and security features of the website, anonymously.
Functional
Functional cookies help to perform certain functionalities like sharing the content of the website on social media platforms, collect feedbacks, and other third-party features.
Performance
Performance cookies are used to understand and analyze the key performance indexes of the website which helps in delivering a better user experience for the visitors.
Analytics
Analytical cookies are used to understand how visitors interact with the website. These cookies help provide information on metrics the number of visitors, bounce rate, traffic source, etc.
Advertisement
Advertisement cookies are used to provide visitors with relevant ads and marketing campaigns. These cookies track visitors across websites and collect information to provide customized ads.
Others
Other uncategorized cookies are those that are being analyzed and have not been classified into a category as yet.
SAVE & ACCEPT